That Trump has stirred a whirlwind of political and social upheaval is indisputable no matter your stance on the 45th President of the United States. The results and implications of the billionaire’s shocking win have been far-spanning and extreme, effectively reshaping America’s political landscape and, in some ways, indirectly reshaping its culture. But what are the economic ramifications of the Trump presidency?; a presidency which has, according to many, been fraught with inconsistencies, carelessness, mismanagement and wrongdoings. Trump’s actions, budget plans and impact upon the global economy could have grave consequences for many of America’s flourishing sectors and industries over the coming years. Here are some notable examples.

One of the most badly affected sectors following Trump’s presidency is that of health care. Trump’s ‘repeal and replace’ plan has been controversial from the get-go. The latest failures to replace Obamacare suggests the GOP might well have to give up on its attempt to present a viable alternative, or else it might risk yet another humiliating rejection by the House. Should a health care repeal be successfully enforced by Trump, America would see 20 million people without healthcare coverage, and many defining benefits of Obamacare (in particular, family planning and women’s health) eradicated.

While such an overhaul is yet to take effect, Trump has nonetheless managed to significantly restrict the health care enjoyed by those both in the US and abroad. By signing an executive order which blocks foreign aid or federal funding to international organizations that provide abortions, Trump has risked the lives and livelihood of women in some of the most vulnerable and impoverished places in the world. The pharmaceutical drug market, meanwhile, is expected to benefit from Trump’s slack regulation on price caps and other traditional restrictions. While this will make the industry money, it will have a devastating effect on those unable to afford life-saving medicines.

It has been known for a long time that Trump is a climate change denier, believing it to be a “hoax by the Chinese”. What was uncertain in the initial days of his presidency, however, was how his views would affect the US’s efforts to curb global warming. Now, following the US’s controversial withdrawal from the Paris Agreement, the world is left in no doubt as to how reckless Trump is prepared to be with matters related to the environment. This has an impact on industries in the business of alternative energy. Instead of funding renewable energy and eco-friendly solutions, Trump has vowed to revive the coal industry and other fossil fuel energy sources.

The dramatic drop in tourism since Trump’s presidential win (now dubbed the Trump-Slump) is predicted to cost the US economy billions of dollars in lost revenue. Politics is known to affect tourism levels, with recent events in Thailand and the Philippines providing examples of this. America is no different. Tourists from around the world are opting to instead visit the US’s more liberal neighbour; Canada. Trump’s divisive politics and distasteful rhetoric would have been enough to dissuade holidaymakers from visiting the US, but the Trump Slump was further exasperated by Trump’s tweets on his travel ban, and multiple insults toward other nations across the world including Mexico, Sweden, Germany, Australia and virtually every country in the Middle East. 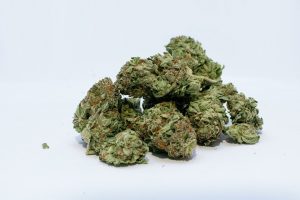 The last few years have seen a nationwide shift in attitudes toward medical and recreational marijuana amongst Americans. California, Massachusetts and Nevada were the first to legalize the drug’s recreational use, while some more conservative states demonstrated they were comfortable with marijuana being prescribed for medicinal purposes. Consequently, a fifth of Americans now live in states where marijuana is or will soon be legal. The future seemed bright for the plant-based drug, until the Trump presidency threw the continuation of legalizing marijuana into a state of uncertainty.

Neither Trump nor Mike Pence – nor the executive directors Trump has appointed to the Drug Policy Alliance – are supportive of marijuana law reform. In fact Attorney General Jeff Sessions once stated that “good people don’t smoke marijuana”. Meanwhile, White House Press Secretary claimed the administration regarded “recreational marijuana use as a flagrant violation of federal law.” Under Obama’s presidency, all marijuana use was also declared illegal under federal law however the federal government made a point to not interfere with state law on the matter. There’s reason to believe this will change under Trump, however it is too early to say just yet. 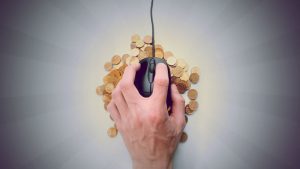 Similarly, Trump’s presidency could end up quashing the slow-moving progress and cumbersome reform to the already limited industry of online gambling. Internet betting in the US was once a booming business that created billions of dollars in US revenue. For a number of reasons – varying from moral opposition to the failure of certain US online poker sites to adhere to gambling regulation – internet betting has been illegal in all states since 2008, with the exception of Nevada, Delaware and New Jersey. However to the delight of poker players across the US, lawmakers in California and New York have recently been advocating for reintroducing the popular pastime through legalization, arguing that it will help the US enforce regulation and collect revenue from a business in which millions of Americans are already partaking, legal or not. In recent years, there has also been great campaigning on the legalization of online sports betting – a form of gambling that is fast growing in popularity.

Whether or not Trump will allow for widespread state-level legalization of online gambling is not yet known, however early indicators would seem to suggest he will oppose it. Sheldon Adelson, CEO of Las Vegas Sands, funded efforts to prevent online gambling becoming legal at a federal level. Adelson also donated a vast amount of money to the Trump campaign which, coupled with Trump’s own business within the live casino industry, suggest certain anti-online gambling interests are at stake. Furthermore, Trump is interested in appealing to the far-right, conservative and Christians in America. Since the Republicans have traditionally taken a hard stance against online gambling, it’s unlikely Trump will be the one to pave a reformist way on this matter.

These are just five of the many sectors that Trump’s presidency has affected, or is likely to affect, in a way that is alarming to those central to said industries. Though there are countless more of such industries to mention, it is also interesting – and important for a wider perspective – to consider the industries that could potentially flourish under the new presidency; construction, defence and fossil fuels to name a few.